Hoe & Hope Garden Club members who have moved beyond this mortal coil to “push up daisies”.  We remember them with great fondness and gratitude. 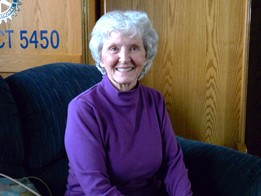 Lu Peterson, our fashionista was also an Advanced Master Gardener.  She was a member of Hoe and Hope Garden Club since the 1980’s when there were only 15 members.  The meetings back then were held at the homes of members.  Lu’s passions include floral designing, (especially Ikebana), growing tomatoes, stargazer lilies, hiking and the mountains.  Serena Williams has nothing on Lu as she was a competitive tennis player, (five days a week), along with being the tennis coach at Niwot High School.

Lu moved here from Nebraska in 1956 after her husband retired from the Air Force.  They chose the area because family lived here.  Lu and Marvin, (AKA Pete), were married 62 years, since they were 17 years old.  The young couple met at a high school dance where they both had different dates for the evening.  The Peterson’s have 2 sons, Craig and Kirk.  Lu’s favorite trip was to visit Australia and New Zealand.  Her most ambitious climbing feat was to take on three fourteener’s with her son but because of Lu’s short legs Craig needed to give her a boost every now and then!

Julie Ellis,  our very own, “Rosie the Riveter”,  was born in Virginia and  lived in Long Island, New York for 35 years. Julie worked at La Guardia in a defense plant during WWII making parts for a P-38 fighter. This is where her nickname “Rosie the Riveter” comes from. When Julie moved to Longmont, she had a rose garden that she loved to take care of. She was also a member of The Rose Society. Oh, I almost forgot,  she also made a mean deviled egg. “So Good”! 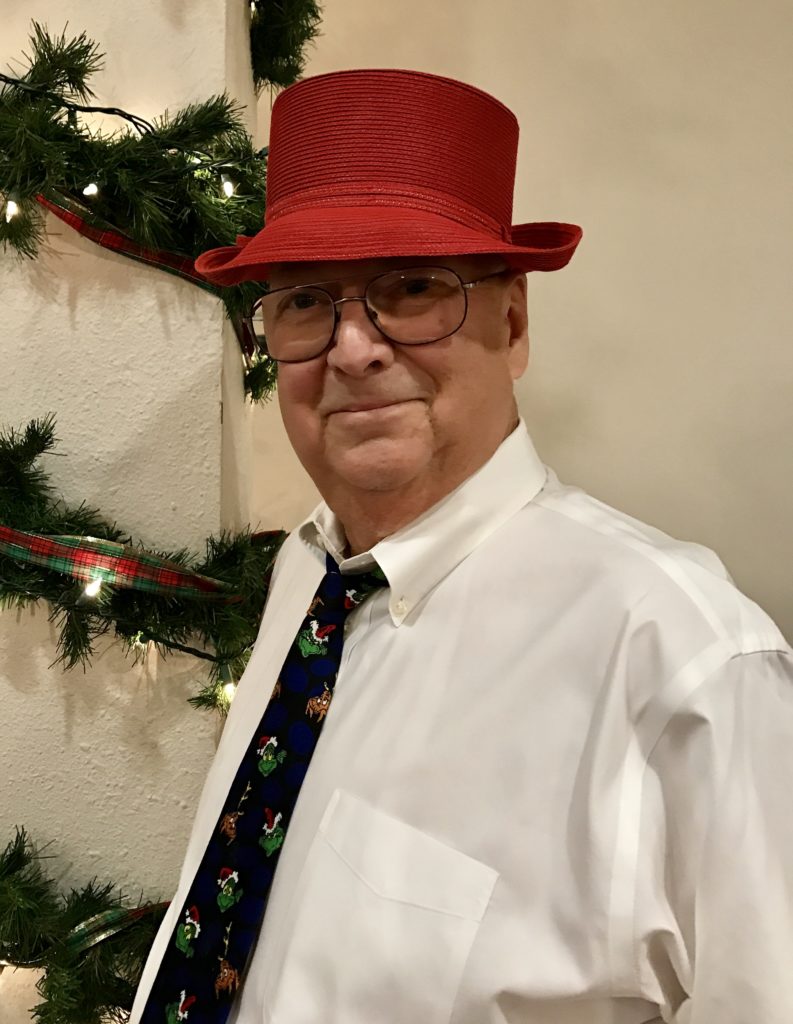 J.D. (Birch) Birchmeier belonged to the Audubon Society. He traveled many places here in the U.S. and other countries looking for different birds.  He had a page on our website call “Birding with Birch”.  Birch also made many “Bluebird” houses that are scattered over the northern front range mountains and here in Longmont along the St. Vrain River.  Birch was also interested in bees. He made bee houses for bees that were just pollinators. Many Hoe & Hope Garden Club members have these little houses in their backyards. 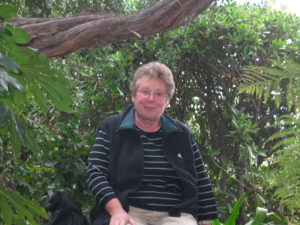 Ursula Eberspacher  These memories of Ursula are shared by her best friend Joan. Joan met Ursula and her husband Walter on a frigid February day when she arrived to pick up firewood they were selling for the local boy scouts. As we loaded up the bundles of wood Joan commented on how beautiful the blooming red geraniums were in her basement window. Ursula, always warm and friendly, asked Joan to come in and see her African violets. Their friendship grew through many months of meetings, their common love of gardening and the sharing of plants, through her quick smile and easy laughter. She loved her family, her friends, her life in America, (Ursula grew up in Germany before coming to America.) She said she would rather die ten years too soon, than two years too late. And surely, she died too soon, too suddenly. Her family honored her desire to have her ashes spread on Buffalo Pass, “but only when the wildflowers were blooming” she’d said. 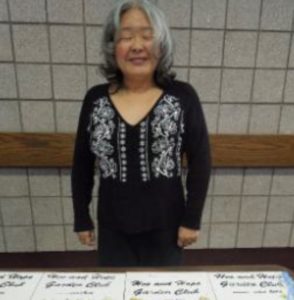 Yoko Massa  Born, Yoko Maeda on September 4th, 1943 in Nagoya, Japan, Yoko emigrated to Canada at age 24, She worked as a secretary for the Canadian Government; was a very successful real estate agent and a Copper enameling artist. In 1990 she met her spiritual teacher and spent a year studying in India. Yoko followed her teacher to SYDA Ashram in New York, USA where she lived, studied, and worked for 10 years, married James, and became a US citizen. In the year 2000. Yoko and husband moved to Colorado to pursue a “normal” secular life. Yoko missed her artistic experiences with the noxious copper enameling and so she decided to try her hand at stained glass construction which led to fused glass jewelry and art glass objects which Her and James sold at art shows and craft fairs throughout the Midwest. Yoko was a tireless worker for her art but also craved a full social life. She loved exercising with people and never missed a class at the Y. She belonged to several clubs and groups, volunteered at every opportunity. Flower arranging, Hoe and Hope, and Drumming were her favorite pass times. In 2014 her breast Cancer returned after 17 years in remission and on March 12, 2016 she returned to her maker. Her name (Yoko) translated as “Princess of the Pacific Ocean. 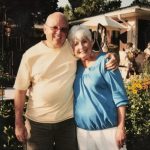 Long-time member, Sally Bryan passed away in March 2022 after suffering a three-year battle with Dementia.  Her family and especially her husband Don took fantastic care of her.  Don continued to take Sally to hair and nail appointments all through her illness because looking sharp and well-groomed was a big part of who Sally was – and she always looked fantastic.

Sally leaves the world with a beautiful family and many friends who will miss her smile, humor, and warmth.  Sally and Don have three children, three grandchildren and two great-grandchildren.  She and Don have been married for an amazing 63 years.  Their 50th anniversary was celebrated at the Riviera Maya with family.

Don and Sally were co-owners of C & H Appliance from 1977 to 2002.  Sally also worked as a Quality Assurance Inspector and Supervisor for 25 years at several local manufacturing companies.  One of the companies she worked for was BI out of Gunbarrel, a manufacturer of prisoner anklets – so, if you are ever in a situation using one of these fine products, think fondly of Sally!  She also worked for Parker Hannifin, a maker of air conditioners for helicopters – again, if you find yourself up in the air but calm, COOL, and collected, think fondly of Sally!

Sally and Don have been members of Hoe and Hope since 2008.  While Don is the gardener of the family, Sally had a great fondness of doing garden design and mapping out just where each plant needed to go.  Sally loved the Zinnia gardens created by her husband.  She enjoyed sitting out on the backyard deck in the summer to watch the birds.  She also loved kitty cats, decorating her home for Christmas, working jigsaw puzzles, and reading.

When Sally joined the club, she freely admitted to not being a gardener but wanted to be a helpful member of the club – and she was!  She and Don were Civic Leaders for the Our Center Garden.  They were also responsible for getting each new Hoe and Hope member a customized nametag.  Sally also sold raffle tickets at the club’s monthly meetings, so members had an opportunity to win fabulous prizes.  She was more than happy to give you an extra ticket just for remembering to wear your nametag!  Sally also was our main Electronic Communications person for many, many years. When the Hoe and Hope website had a major update, she stepped in to help edit and publish.  While some of us are wary of doing this type of work for the club, she was cheerfully undaunted!  Sally created the Page of Remembrance on the club’s website because she thought it was important to remember our members who have passed away.